The first thing that comes to mind when you hear “Nanbu Tekki” is “Tetsubin”. The iron kettle has a unique design like the head of a big Buddha on the outside, and it is said to be a representative of Nanbu Tekki because of its black iron color, heavy weight, and profound taste.

Nanbu Tekki is rust resistant, durable and long lasting. In addition, it has high heat retention and heat is transferred evenly. Earlier, I described it as the head of a big Buddha, but the round and uneven surface of the iron kettle is a design unique to Nanbu Tekki called the “Arare pattern”. This design is also the wisdom of our ancestors that the iron kettle becomes thicker and the surface area increases, that is, the heat retention effect increases. Rust prevention is processed not only on the inside but also on the outside, and by using it with a little care, Nanbu Tekki can be used as a tool for a lifetime.

Another advantage of Nanbu Tekki is that boiling water in an iron kettle is said to make the water mellow. This is because minerals such as calcium and magnesium contained in the water adhere to the inside of the iron kettle, so the water softens and the mouth feels soft and easy to drink. It is also said that iron can be absorbed because iron dissolves in the hot water boiled using Nanbu Tekki. 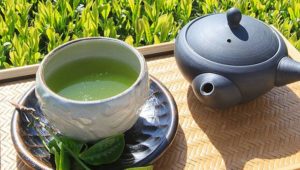